The Lincoln Record Society was founded in 1910 to print records and documents relating to the ancient county and diocese of Lincoln. The ancient diocese covered not only Lincolnshire, the second largest county of England, but also the wide area which lay within the medieval diocese: the counties of Lincoln, Leicester, Northampton, Rutland, Oxford, Bedford, Buckingham, Huntingdon and northern Hertford. Since 1910 the Society has published ninety nine volumes many of which are still in print and available for purchase through Boydell & Brewer.

The Society has individual and institutional members from around the world including many leading university and national libraries. Its aim is to publish one volume each year and it always welcomes ideas for new projects. Early volumes were often published in Latin but today its policy is to publish in English whenever possible, or otherwise to provide an English summary. 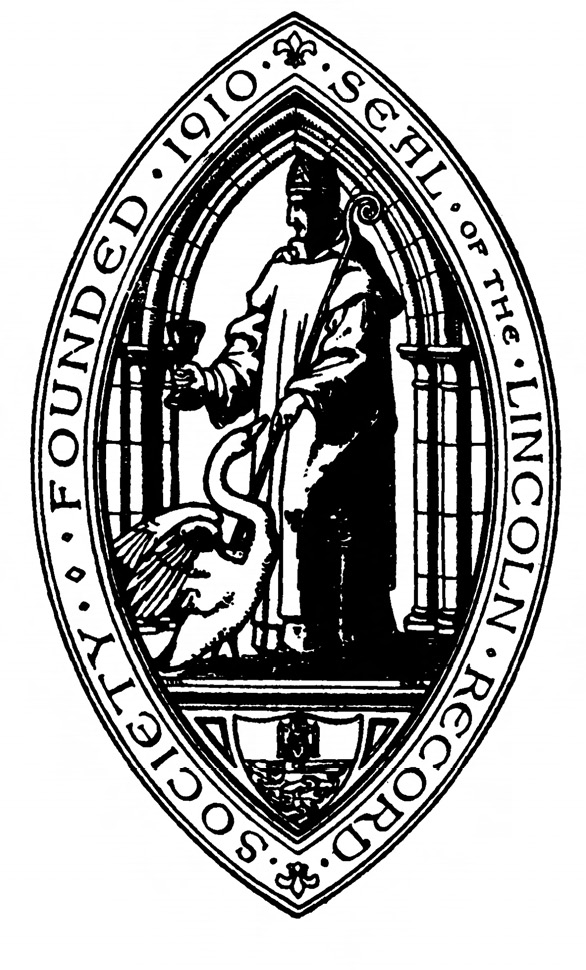 Farming and Society in North Lincolnshire

A Parson in Wartime

Part II: The Deaneries of Beltisloe and Bolingbroke

by Christopher Johnson and Stanley Jones

Building a Railway: Bourne to Saxby

`Gratefull to Providence': The Diary and Accounts of Matthew Flinders, Surgeon, Apothecary and Man-Midwife, 1775-1802