Welcome to August and brand new releases from Boydell & Brewer! Some of the topics covered this month include tracing the journey from ill health to miraculous cure through the lens of hagiographical texts from twelfth-century England, the history of Africans in East Anglia 1467-1833, an investigation into the remarkable “poetics of the atom” in English literary texts from the mid to late seventeenth century and much more! Enjoy a preview of some of the books to look out for this month and visit our website for even more new titles.

The cults of the saints were central to the medieval Church. These holy men and women acted as patrons and protectors to the religious communities who housed their relics and to the devotees who requested their assistance in petitioning God for a miracle. Among the collections of posthumous miracle stories, miracula, accounts of holy healing feature prominently and depict cure-seekers successfully securing their desired remedy for a range of ailments and afflictions. What can these miracle accounts tell us of the cure-seekers’ experiences of their journey from ill health to recovery, and how was healthcare presented in these sources?
This book aims to answer these questions via an in-depth study of the miraculous cure-seeking process, considering Latin miracle accounts produced in twelfth-century England, a time both when saints’ cults flourished and there was an increasing transmission and dissemination of classical and Arabic medical works. 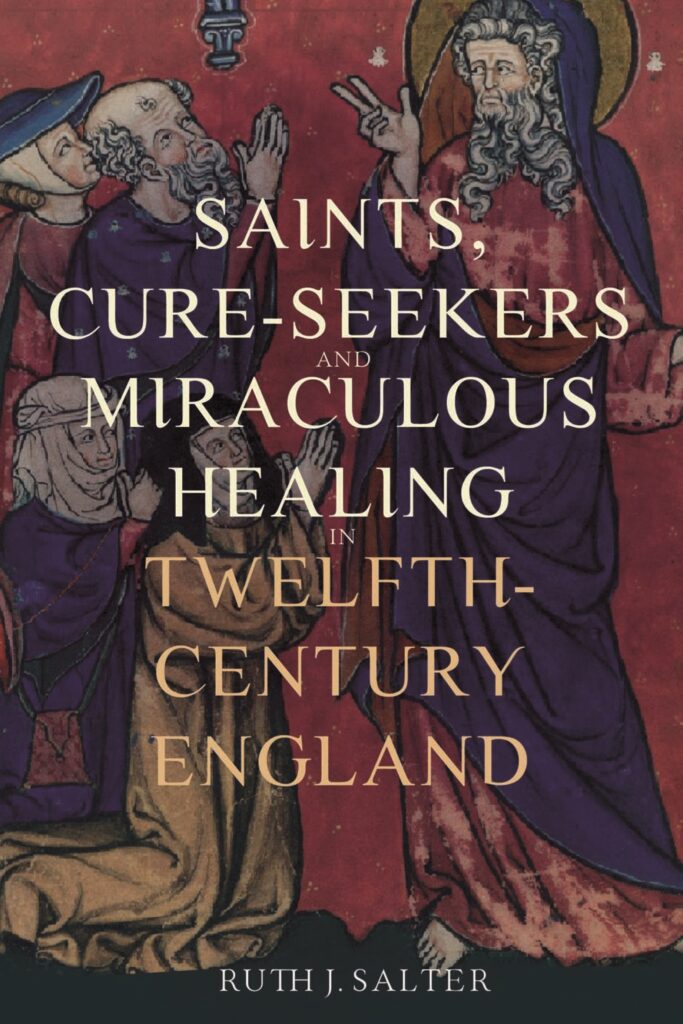 Examines the population of Africans in Norfolk and Suffolk from 1467, the date of the first documented reference to an African in the region, to 1833, when Parliament voted to abolish slavery in the British Empire. It uncovers the complexity of these Africans’ historical experience, considering the interaction of local custom, class structure, tradition and memory. Although the racialised ideas underpinning Atlantic slavery changed the social circumstances of Africans in the region, the initial regional response to arriving Africans during the fifteenth and sixteenth centuries was not defined exclusively by ideas relating to skin colour. Rather, they were influenced by local understandings of religious status, class position, ideas about freedom and bondage, and immediate local circumstances. 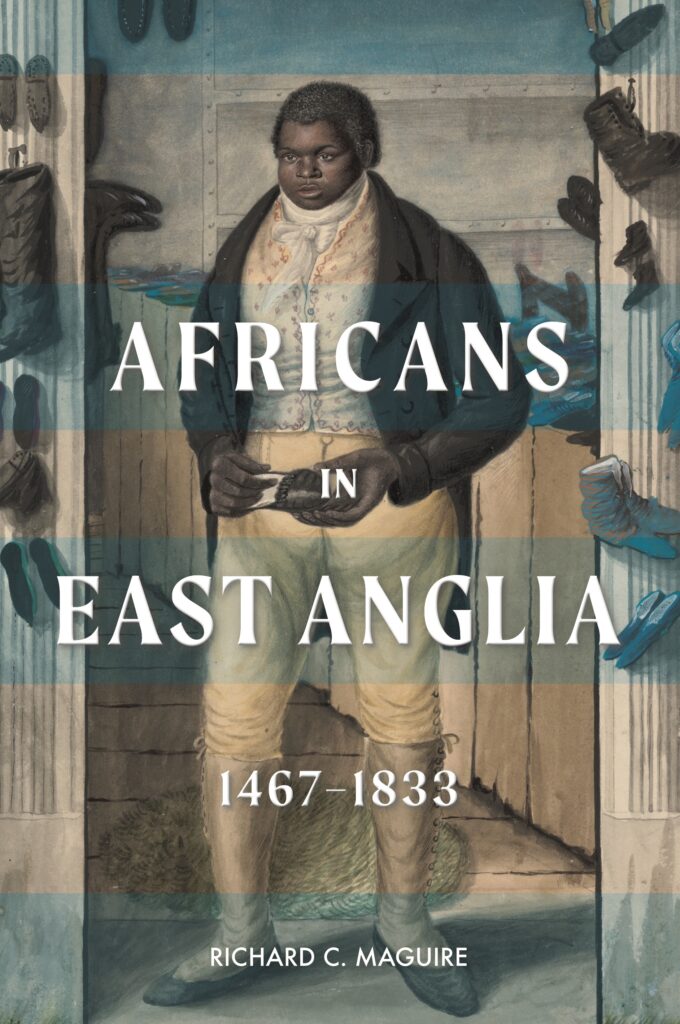 The Atom in Seventeenth-Century Poetry

The early modern “atom” – understood as an indivisible particle of matter – captured the poetic imagination in ways that extended far beyond the reception of Lucretius and Epicurean atomism. Contrarily to fears of atomisation and materialist threat, many poets and philosophers of the period sought positive, spiritual motivation in the concept of material indivisibility. This book traces the metaphysical import of these poetic atoms, teasing out an affinity between poetic and atomic forms in seventeenth-century texts. In the writings of Henry More, Thomas Traherne, Margaret Cavendish, Hester Pulter and Lucy Hutchinson, amongst others, both atoms and poems were instrumental in acts of creating, ordering and reconstructing knowledge. Their poems emerge as exquisitely self-conscious atomic forms, producing intimate reflections on the creative power and indivisibility of self, soul and God. 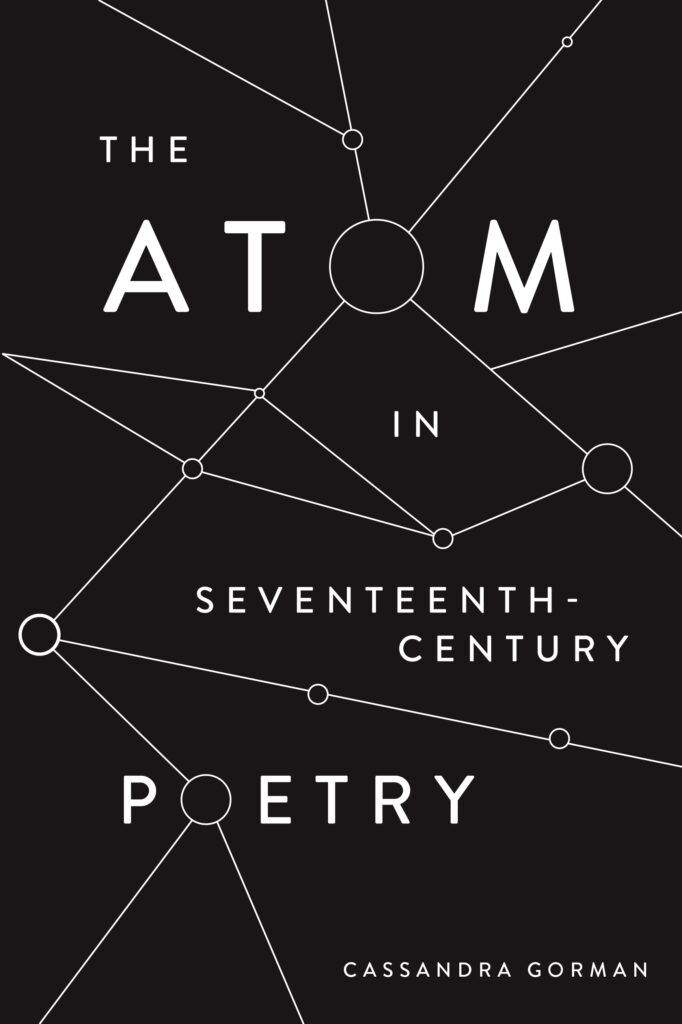 Presenting the deeply moving personal life stories of Ugandan LGBTQ+ refugees in Nairobi, Kenya, alongside an analysis of the way in which they creatively engaged with two Bible stories ‘Daniel in the Lions’ Den’ and Jesus and ‘The Woman Caught in Adultery’, Sacred Queer Stories explores how readings of biblical stories through refugees’ own eyes can reveal LGBTQ+ people’s experiences of struggle, hopes for the future, and faith in God and humanity. Arguing that the telling of life-stories by the marginalised, such as of Ugandan LGBTQ+ refugees, affirms their embodied existence and agency, is socially and politically empowering, and enables human solidarity, the authors also show how the Bible as an authoritative religious text and popular cultural archive in Africa is often used against LGBTQ+ people, but can be reclaimed as a site of meaning, healing, and empowerment. 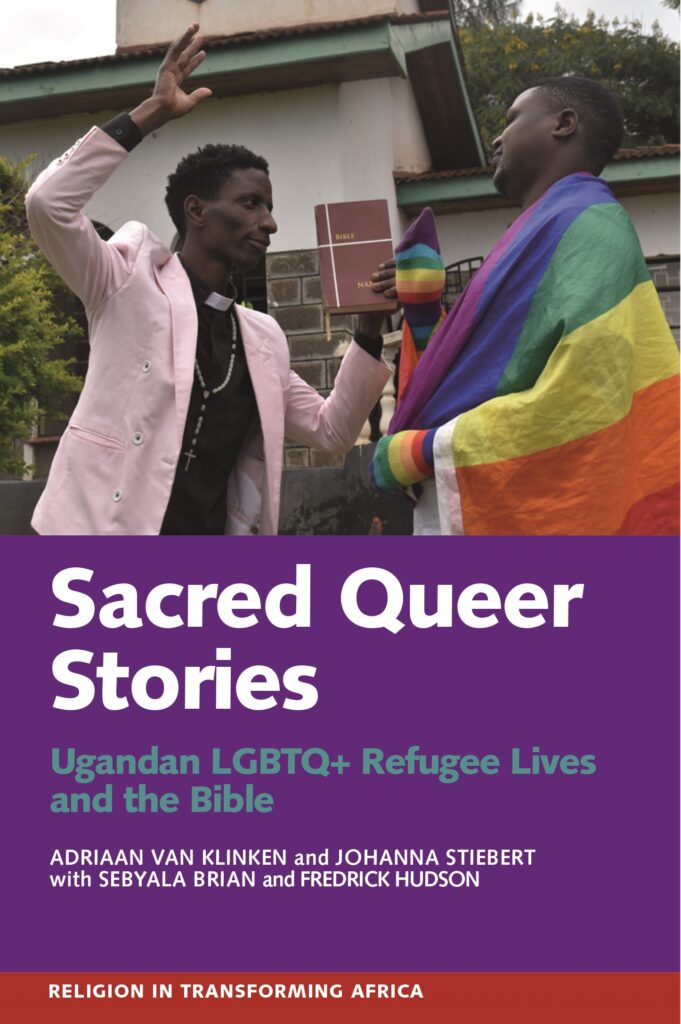 The writers of later romances deemed Raoul’s work worthy of memory on a par with the Prose Lancelot, and placed Raoul and Chrétien on the same level in terms of authority.

Raoul de Houdenc was a major and innovative figure in 13th-century French literature. His surviving works are unusually diverse: they include an impassioned tract about the values of chivalry (The Romance of the Wings), two superbly crafted Arthurian romances (Meraugis of Portlesguez and The Avenging of Raguidel), and a swingeing polemic against declining standards especially among the bourgeoisie (The Burgess’s Burgeoning Blight). And with his hugely influential satire The Dream of Hell he was the very first to compose allegory in the vernacular, mastering to perfection the art of parody and the unexpected.

After a long period of neglect Raoul is finally receiving the scholarly attention he deserves, and this is the first translation into English of his complete surviving works. 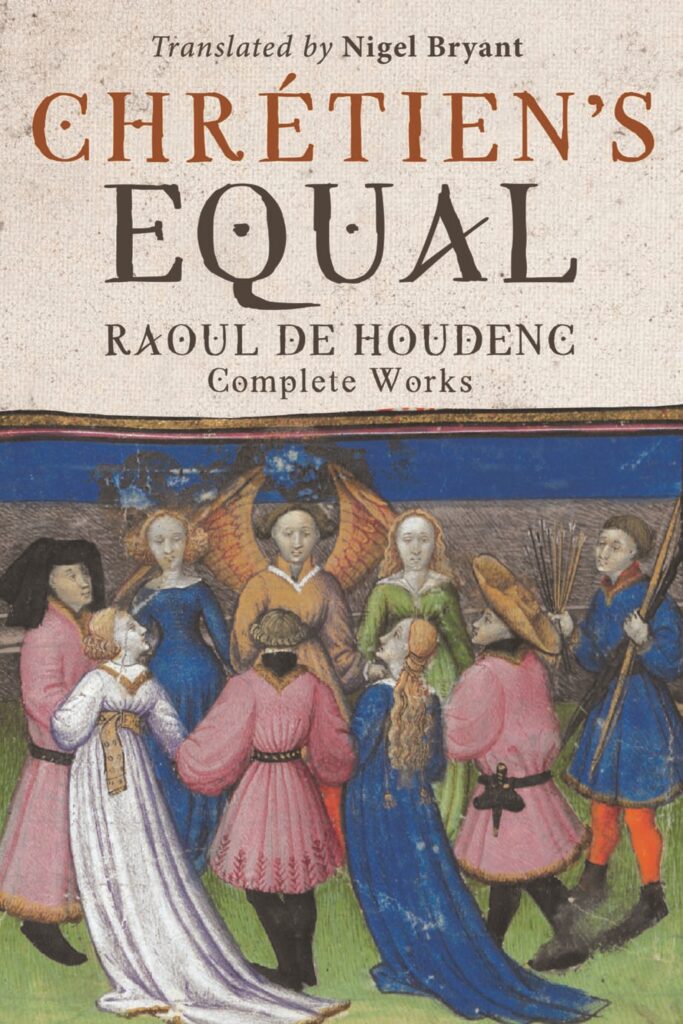 The Politics of Myth-Making

Investigating the reception of Bartok’s music in Italy from the early twentieth century through Mussolini’s fascist regime and into the early Cold War, this book argues that the ‘Bartókian Wave’. was the result of the fusion of the Bartók myth as the ‘musician of freedom’ and the Cold War narrative of an Italian national regeneration. Such a potent fusion, Palazzetti contends, had its twin origins in the soundscape of the fascist regime and the Resistenza. The wider context of this study further touches upon the broader themes of fascist cultural policies, cultural resistance, music and diplomacy, and the ambivalent political usage of modernist music. 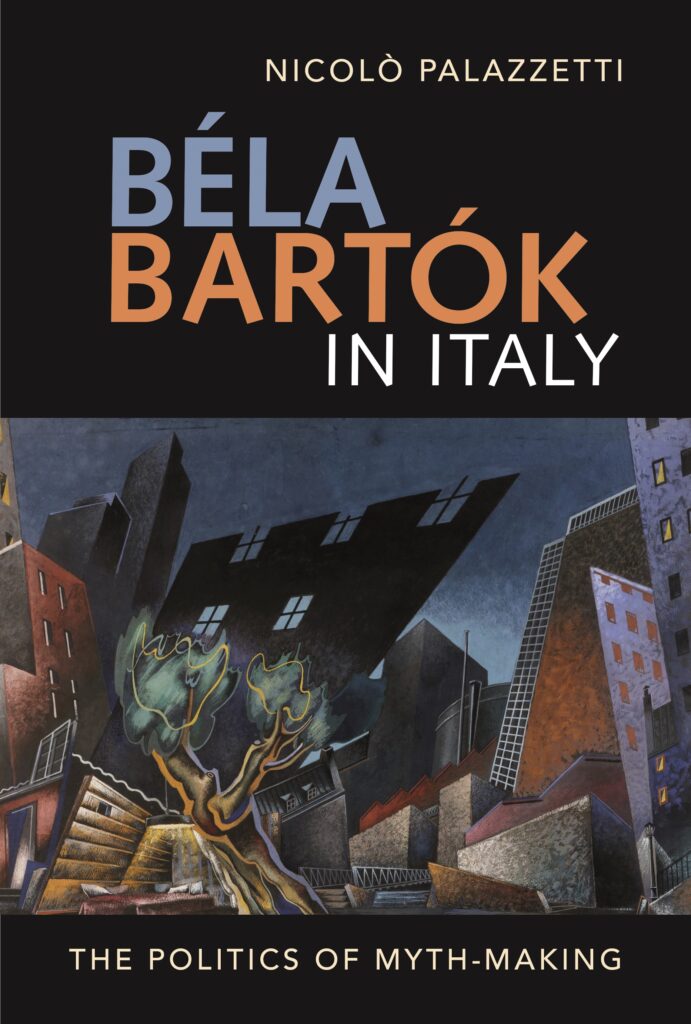 Students in twelfth-century Paris held slanging matches, branding the English drunkards, the Germans madmen and the French as arrogant. On crusade, army recruits from different ethnic backgrounds taunted each other’s military skills. Men producing ethnography in monasteries and at court drafted derogatory descriptions of peoples dwelling in territories under colonisation, questioning their work ethic, social organisation, religious devotion and humanness.
In this radical new approach to representations of nationhood in medieval western Europe, the author argues that ethnic stereotypes were constructed and wielded rhetorically to justify property claims, flaunt military strength and assert moral and cultural ascendance over others. The gendered images of ethnicity in circulation reflect a negotiation over self-representations of discipline, rationality and strength, juxtaposed with the alleged chaos and weakness of racialised others. Interpreting nationhood through a religious lens, monks and schoolmen explained it as scientifically informed by environmental medicine, an ancient theory that held that location and climate influenced the physical and mental traits of peoples. 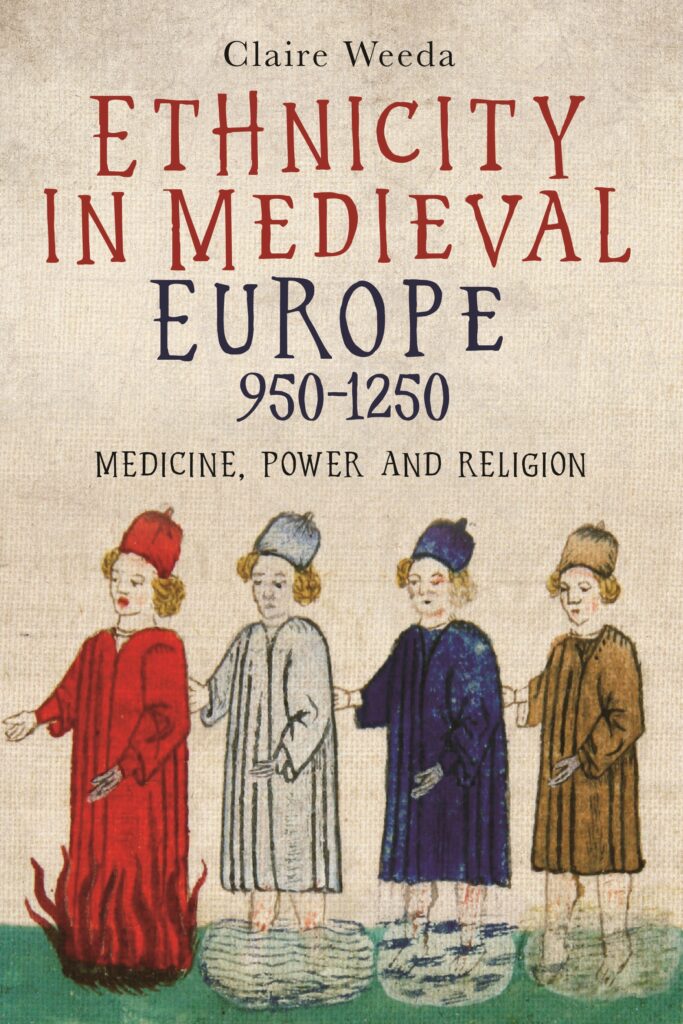