Viking Studies promotion! We are celebrating the publication of our new Viking Studies brochure, containing a clutch of new titles, by promoting our many Viking Studies publications throughout April with 40% off! In today’s blog we list a few of these titles and stay on the look out on our social media channels for posts on classics both old and new. Don’t forget to browse our new brochure at http://boybrew.co/Vik. Use code BB905 at checkout to enjoy the discount!

Women in the Viking Age

This is the first book-length study in English to investigate what women did in the Viking age, both at home in Scandinavia and in the Viking colonies from Greenland to Russia. Evidence for their lives is fragmentary, but Judith Jesch assembles the clues provided by archaeology, runic inscriptions, place names and personal names, foreign historical records and Old Norse literature and mythology. These sources illuminate different aspects of women’s lives in the Viking age, on the farms and in the trading centres of Scandinavia, abroad on Viking expeditions, and as settlers in places such as Iceland and the British Isles. Women in the Viking Age explores an unfamiliar aspect of medieval history and offers a new perspective on Viking society, very different from the traditional picture of a violent and male-dominated world. 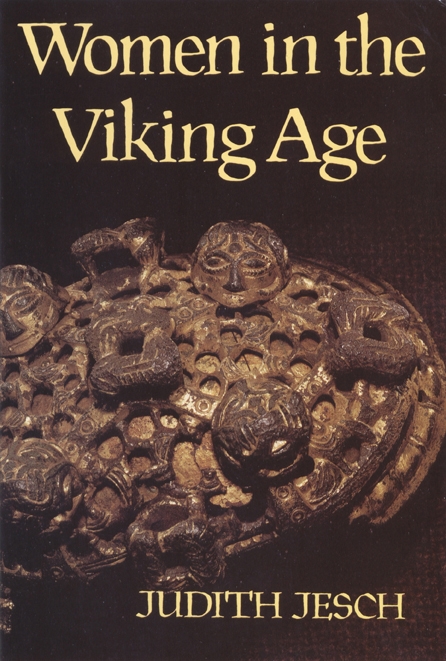 In Old Norse studies, genre has been central to the categorisation, evaluation and understanding of medieval prose and poetry alike; yet its definition has been elusive and its implications often left unexplored. This volume opens up fundamental questions about Old Norse genre in theory and in practice. It offers an extensive range of theoretical approaches, investigating and critiquing current terms and situating its arguments within early Scandinavian and Icelandic oral-literary and manuscript contexts. It maps the ways in which genre and form engage with key thematic areas within the literary corpus, noting the different kinds of impact upon the genre system brought about by conversion to Christianity, the gradual adoption of European literary models, and social and cultural changes occurring in Scandinavian society; while a case-study section probes both prototypical and hard-to-define cases. 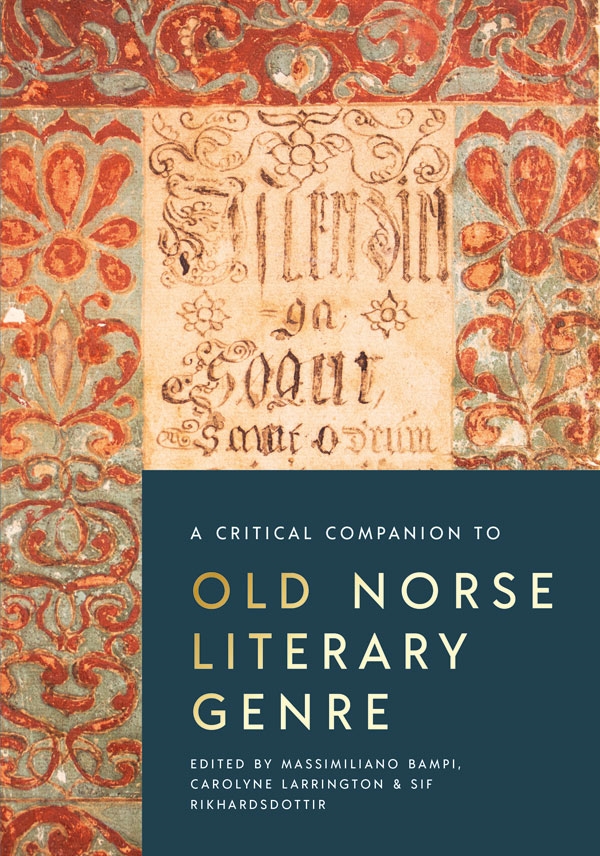 A comprehensive guide to runes and runology, covering all aspects of the subject. It begins by discussing the origin of runes, their development in Europe (especially Scandinavia) and in Anglo-Saxon England, and the demise of traditional runic writing at the end of the Middle Ages. It then moves on to look at the different types of runic inscription and their context; cryptic runes; rune names; the use of runes in the post-Reformation era; the practicalities of how runic inscriptions were made and where they are to be found; and how runologists read and interpret inscriptions, together with a history of runology. A glossary of technical terms and essential information on speech sounds are also provided, while the numerous illustrations shed further light on the subject. 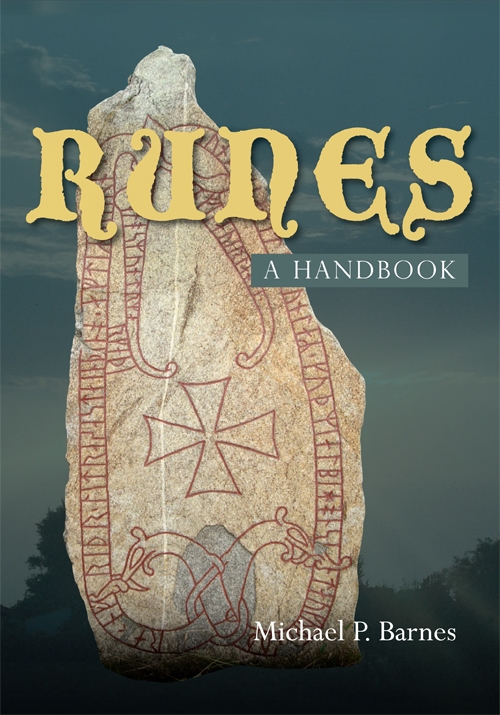 The Saint and the Saga Hero

The Saint and the Saga Hero is an inspiring, well-researched and well-written book. It has not left my desk since I was fortunate to get it, and I think it is going to stay there. EARLY MEDIEVAL EUROPE

The relationship between that most popular of medieval genres, the saint’s life, and the sagas of the Icelanders is investigated here. Although saga heroes are rarely saints themselves – indeed rather the reverse – they interact with saints in a variety of ways. Via detailed readings of a range of the sagas, this book explores how saints’ lives contributed to the widening of medieval horizons, allowing the saga authors to develop multiple perspectives (moral, eschatalogical, psychological) on traditional feud narratives and family dramas. 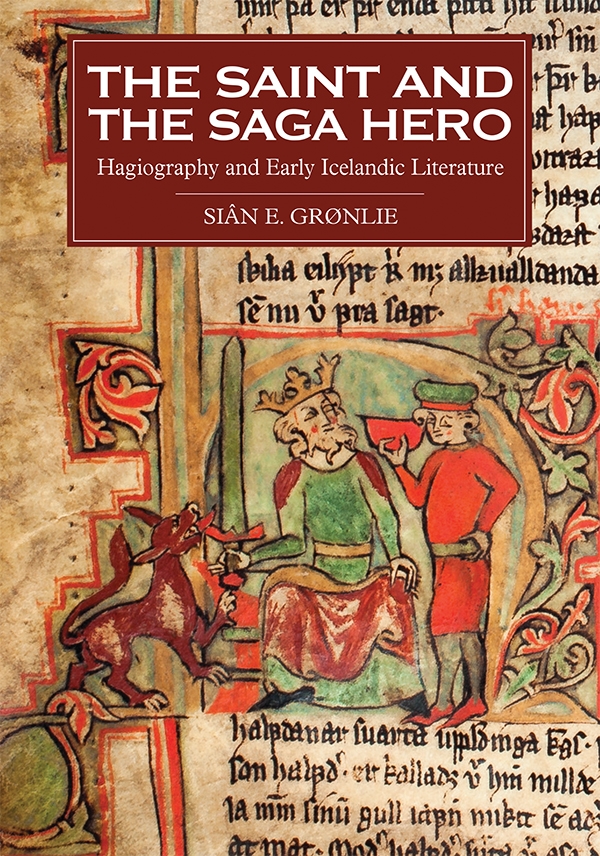 French Romance, Medieval Sweden and the Europeanisation of Culture

Translations of French romances into other vernaculars in the Middle Ages have sometimes been viewed as “less important” versions of prestigious sources, rather than in their place as part of a broader range of complex and wider European text traditions. This consideration of how French romance was translated, rewritten and interpreted in medieval Sweden focuses on the wider context. It examines four major texts which appear in both languages including Le Chevalier au lion and its Swedish translation Herr Ivan, analysing them through the lens of different themes: female characters, children, animals and masculinity. The author argues that French romance made a major contribution to the Europeanisation of medieval culture, whilst also playing a key role in the formation of a national literature in Sweden. 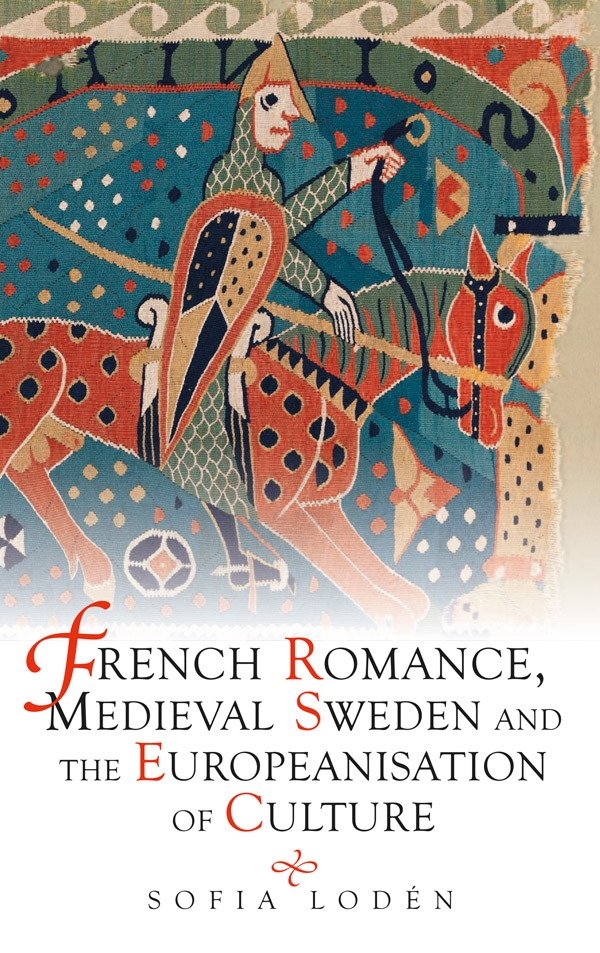 Swords of the Viking Age

A book with a clear audience in mind: anyone who wants to study a magnificent set of Viking artefacts. SPECULUM

This beautifully illustrated work fills a gap in the literature in English on the swords made and used in northern Europe during the Viking age, between the mid eighth and the mid eleventh centuries. Ewart Oakeshott outlines the significance and diversity of these ancient heirlooms; co-author Ian Peirce, who handled hundreds of swords in his research for this book in museums across northern Europe, selects and describes sixty of the finest representative weapons. Where possible, full-length photographs are included, in addition to illustrations of detail; an illustrated overview of blade types and construction, pattern-welding, inscription and handle forms and their classification prefaces the catalogue of examples which is the principal part of this work. 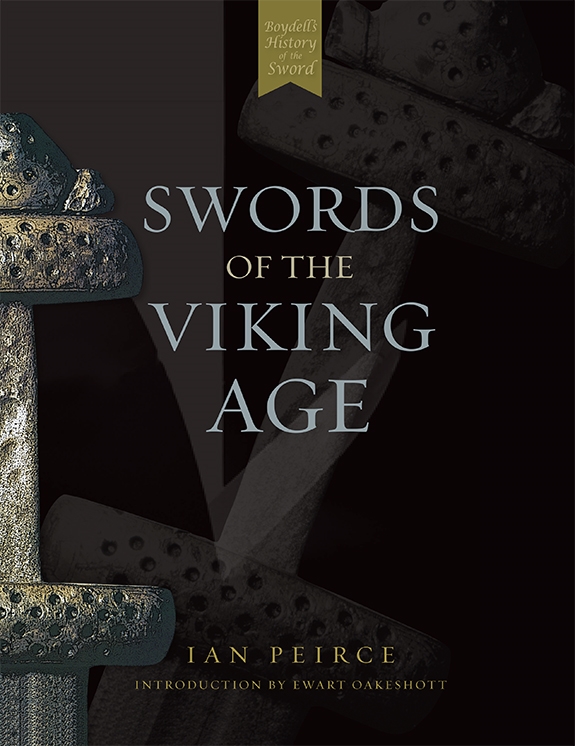