The London Record Society is a charity founded in 1964 to stimulate interest in archives relating to London. With the publication of their latest title The London Jubilee Book, 1376-1387 edited by Caroline M. Barron and Laura Wright, published later this month, we look back at some of their recent titles and their importance.

You can find a full list of publications by clicking here.

In the summer of 1376 a spirit of reform was abroad in the city of London. A number of measures were taken to make those who were elected to govern the city more responsible to its citizens as a whole. A committee was set up to examine the ordinances at the Guildhall and present to the Commonalty those that were “profitables” and those that were not. Two years later, the committee produced a volume known officially as the Liber de Ordinancionibus, but popularly as “The Jubilee book”, because it had been initiated in the jubilee year of Edward III’s reign. But the reforming measures introduced in the book caused so many controversies and disputes that eventually, in a bid to restore order in the city, in March 1387 the “Jubilee Book” was taken outside the Guildhall and publicly burnt.
Historians have long debated the possible contents of this contentious but hugely significant volume, widely believed to be lost. However, recently a fifteenth-century copy of the “Jubilee Book”, possibly of an earlier draft put together in the course of the two years, but superseded by the final version, was discovered in a manuscript held at Trinity College Cambridge (Ms O.3.11).
This volume presents the text of the Trinity manuscript, together with a modern English translation. 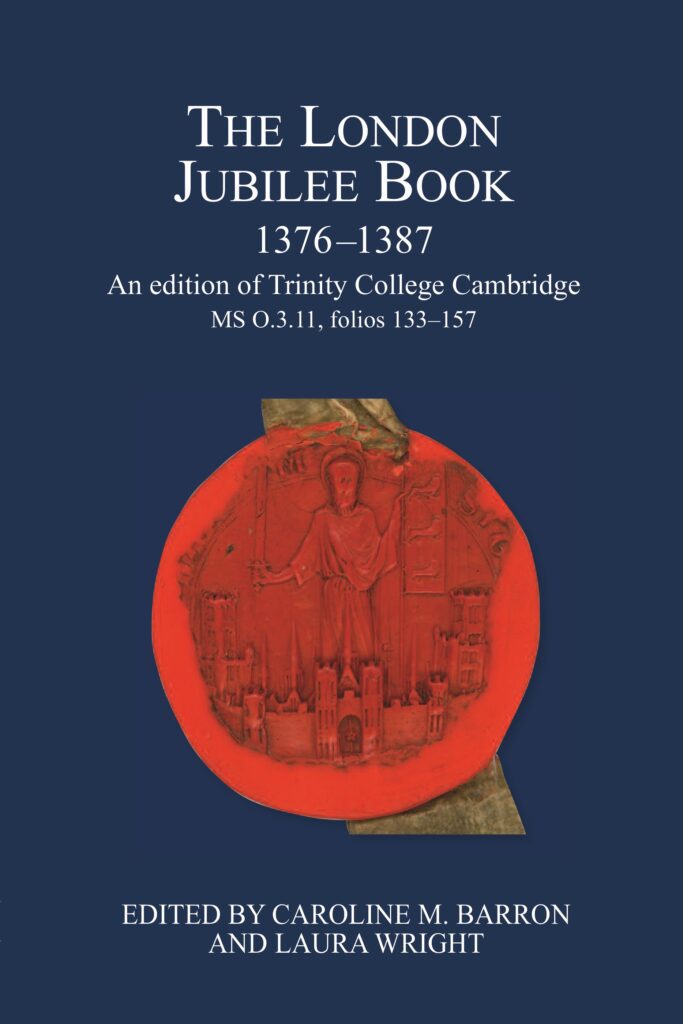 Over a period of eleven years from 1529 to his death, the wealthy London alderman, mercer and Merchant Adventurer Sir Thomas Kytson (1485-1540) recorded many of his commercial dealings in his ‘Boke of Remembraunce’. This fascinating document, edited here for the first time, provides details not only of his purchases of cloth and the shipments of these to the annual marts held in the Low Countries, but also the sales of fabrics, spices, and other goods imported on the returning ships to Kytson’s fellow merchants of London, members of the gentry, and others. Alongside these, there are memoranda of the delivery of materials to Kytson’s wife and friends, and of some of his other personal concerns. The volume thus offers a colourful and detailed picture of the private and commercial life of a leading Londoner in the years around the English Reformation. The material is complemented with extensive annotation and a comprehensive glossary, an introduction and substantial indices. 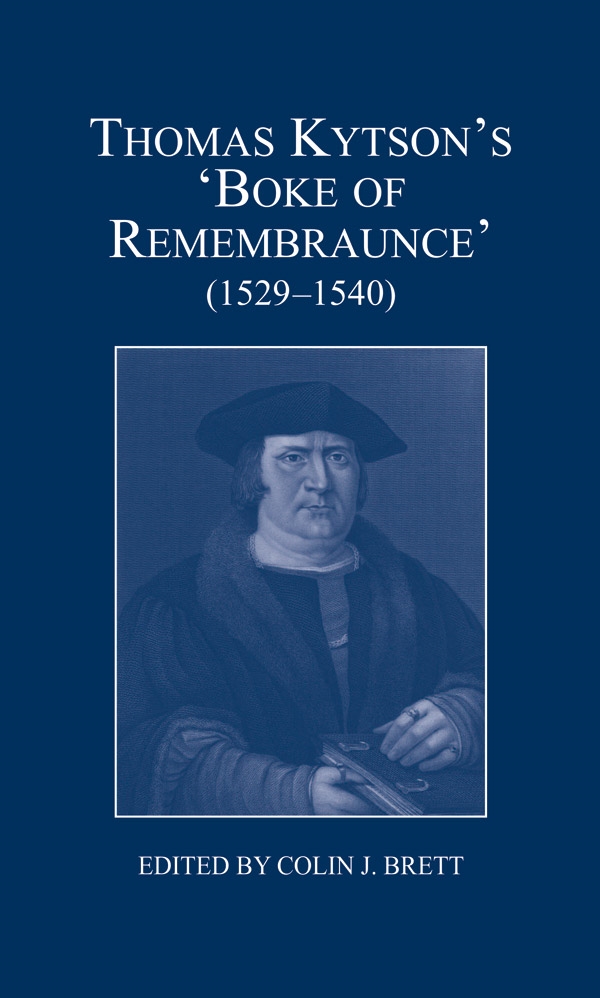 Edited by Sarah A. Milne

As a compilation of incredibly detailed accounts for many consecutive years of corporate dining (between 1564 and 1602), the Drapers’ Company Dinner Book is extraordinary. It records the organisation of the Company’s dinners and the supply of items of food and drink, as well as the names of guests in the hall and employees in the kitchen. This edition is presented with introduction and notes. 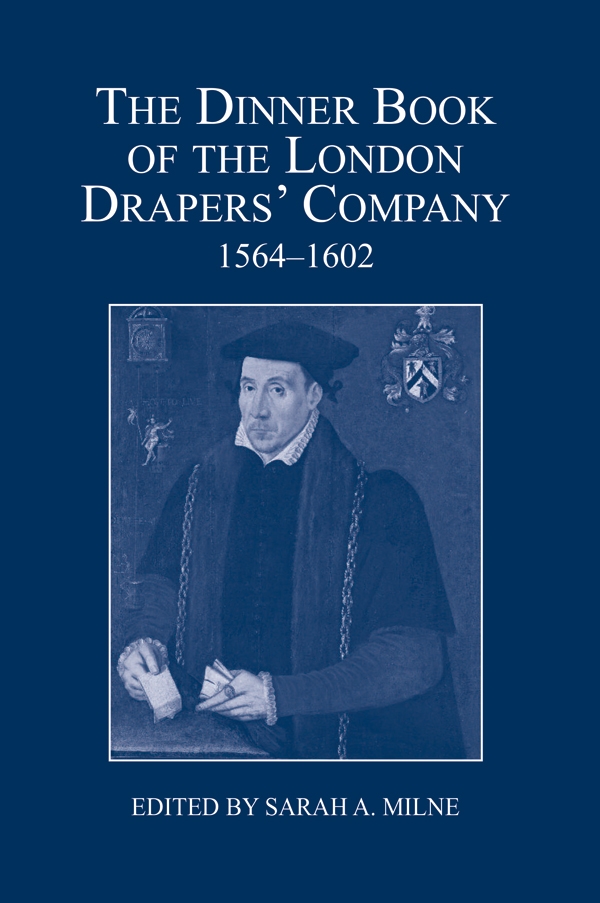 Anthony Heap (1910-1985) kept a daily diary, recording his life in St Pancras, his work, loves and experiences from the age of 17 until shortly before his death. This volume provides selected extracts from the 1930s and the Second World War, an eventful period during which his father committed suicide, Heap joined Mosley’s Fascists, and then stood for the local Conservatives in 1937; the author vividly recounts what it was like to live through the Blitz, sleeping in air-raid shelters, and viewing the nightly raids on London. The diary also recounts more personal details, his fondness for weekly drinking in pubs in Fitzrovia and Hampstead, a series of girlfriends before marrying in1941, and his love of the theatre: it is predictably opinionated, often infuriating and cutting, but never dull. The extracts are presented here with notes, introduction, and an outline of the principal people involved.

“This unique collection of observation has an immediacy that makes it a priceless source for social historians.” THE LOCAL HISTORIAN 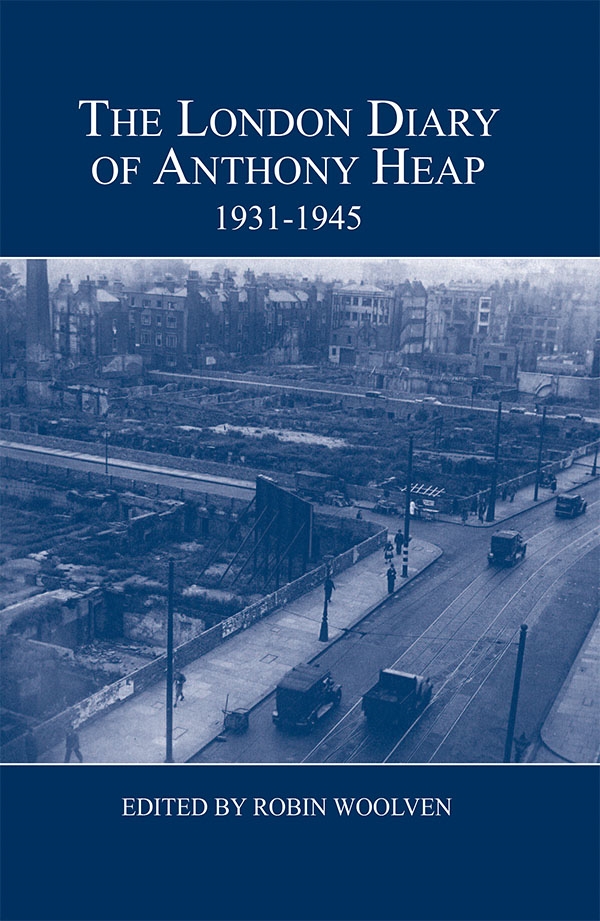 The Angels’ Voice was the title given to a magazine which circulated among a group of some 40 or so young men in Brixton between 1910 and 1913, all members of the Young Men’s Bible Class of Trinity Congregational Church there. This edition of the texts offers a unique insight into youthful life in London at the time.

“A compelling picture of the engagement of a group of young men with Chapel life in one South London suburb.” BAPTIST QUARTERLY

“This volume, like few other sources, enables us to catch a glimpse of…reality in the life of a particular church.” CONGREGATIONAL HISTORY SOCIETY MAGAZINE 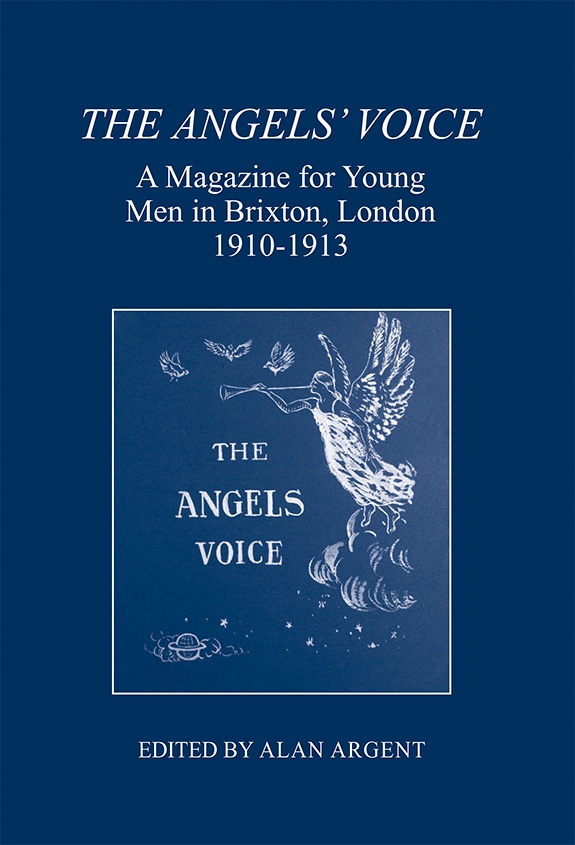