African Literature Today, much like modern African Literature and its criticism as a formal intellectual discipline, has been in the Academy for half a century. Chinua Achebe published his first novel, Things Fall Apart in 1958 which established the art of the modern African novel, and changed the global perceptions and western concepts and theories of imaginative creativity in and from Africa.

Critical responses by Western critics in particular, were varied ranging from reluctant acceptance to undisguised rejection. There were struggles at a number of conferences debating the legitimacy/autonomy or lack thereof, of the ‘new kid on the block’. Conceived and published when many African countries were still under the colonial yoke, opinions differed on whether or not the ‘so-called’ emerging creativity from Africa shouldn’t simply be defined as ‘an appendage’ to the well-known imaginative literatures of the West especially when what was coming from Africa arrived essentially in the borrowed languages of English and French. In effect, shouldn’t Western standards for the criticism of Literature appropriately serve as the requirements for the criticism of African writing at best?

For two decades, this generated stringent debates and virulent controversies on both sides of the Atlantic. ‘Does creativity in the borrowed tongues deserve the wholesome appellation of ‘African Literature’? What would be its future when and if African countries regained their autonomies as independent nations? As if in answer to these, Achebe in 1975 published his cryptically titled, Morning Yet on Creation Day, asserting bluntly:

“We are not opposed to criticism but we are getting a little weary of all the types of criticism which have been designed for us by people whose knowledge of us is very limited”.

One can safely describe Morning Yet… as a kind of blueprint shedding light on the art of the modern African novel for evolving African creative writers as well as providing for pioneer African critics illuminating ideas and theories about African aesthetics and critical standards. African Literature Today was born during this era of uncertainties and construction/reconstruction. In its half a century of existence, it has played leading roles in providing channels for propagating and nurturing imaginative creativity and its criticism on the African continent and beyond. 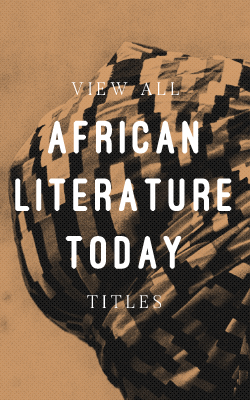 Contemporary African creative writers have confidently taken strides and attained heights which reverberate wholesomely all over the world. The daring diversities, stylistic innovations and enchanting audacities which characterize their works in various genres resonate with readers beyond African geographic and linguistic boundaries. Writers in Africa and the Diaspora seem intriguingly to be speaking simultaneously with collective voices that compel world attention and admiration. And they are being read in various world languages.

from scholars resourceful articles which recognize the foundations laid by the pioneer African writers as they point vigorously to contemporary writers who have moved forward imaginative creativity by Africans with utmost integrity, and critics who continue to respond with unyielding tenacity.

Submissions are also invited for the Literary Supplement:

short creative writing selections such as poetry, short stories and one act plays.

Articles should not exceed 5,000 words, and should be submitted as a Word document to the Series Editor: Ernest N. Emenyonu, University of Michigan-Flint, eernest@umflint.edu, on or before September 30, 2018.

Book reviews are also invited for the Reviews Section and should be submitted as a word document, on or before September 30, 2018 to: Obi.nwakanma@ucf.edu